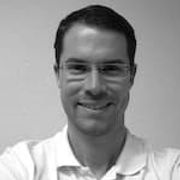 Flutter Engage 2021 kicks off with Tim Sneath's announcement of the launch of Flutter 2.0.

Flutter 2.0 broadens from a mobile framework to a portable framework unleashing apps to a wide variety of different platforms.

Right now there are over 150.000 apps built with Flutter. And this number doubled since last summer. Whoa. That's big!

Next up is a showcase app from gskinner named "Flutter Folio" that examines Flutter 2.0 support for mobile, desktop, tablet and web devices.

The full source code of this app is available too right at https://flutter.gskinner.com/.

But Flutter is also used inside Google.

With Flutter 2.0 support for Web is now available in stable. 🎉

Canonical Ubuntu is using Flutter to bring the Yaru style (the UI style of Ubuntu) to Flutter.

The new Ubuntu installer is built with Flutter and makes prominent use of the Yaru style.

The next customer story covers Toyota:

Toyota is building the infotainment systems with Flutter.

See in the picture below why Toyota chose Flutter to develop their next generation of in-vehicle infotainment system.

Dart is the building block of Flutter's portability and it's development performance.

Dart FFI is out of Beta. This is great news for interoperability with Rust, etc.

That was a bunch of news in Flutter Engage.

Subscribe to our notification service to keep up to date on our upcoming series on the new Flutter release with in depth code coverage and tutorials.

Reach out to us! We are hiring!